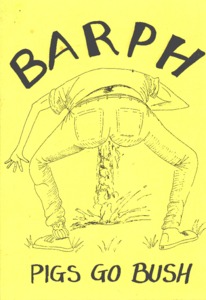 'Barph' was a weekly student newspaper published by the Rivcoll Union Student Welfare Council at the Riverina College of Advanced Education (RCAE). It is believed that the first issue of 'Barph' was published in 1975 and was continually published until 1988, when it was replaced by the student publication 'Hungappa', which continues to be published at Charles Sturt University.

This exhibition contains the digitised versions of the original issues of 'Barph' held at the Charles Sturt University Regional Archives (CSURA). Hundreds of issues from volumes 2-14 are displayed in this exhibition and can be viewed individually. 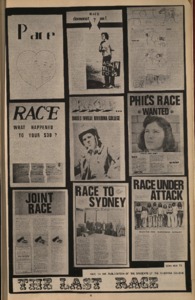 Student publications provide insightful thoughts and information on past students, school administration and of its wider community. Peter Roberts (the first editor of RACE) introduced the publication (Vol. 1, No. 1), as a medium that would welcome the thoughts and feelings of students on any issue... with a minimum of literary or artistic merit (p. 2).

RACE was first published on 29 March 1972 by the Rivcoll Union Student Welfare Council at the Riverina College of Advanced Education (RCAE). The publication operated for 9 years and ended its publication in 1981, with John R. Dohl and Wallace J. Murray as RACE’s last editors.

This exhibition contains the digitised version of the publication, the originals of which are currently held at the Charles Sturt University Regional Archives (CSURA). The RACE publication, from volumes 1 to 10, are displayed in this exhibition and can be individually viewed. 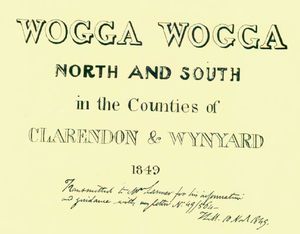 For the last few years Wayne has been taking to the microphone at 2AAA to share some of his favourite stories from Wagga Wagga's past. These short chats have covered a multitude of topics - infamous criminals, respectable town aldermen, runaway nuns, even a pommy in the outback. Each tale shines a little light on some known and less well known parts of Wagga's history.

Now, thanks to the fantastic people at 2AAA, we can now present to you Wayne's back catalogue of radio chats. We will be releasing one story every week for your delectation and edification. 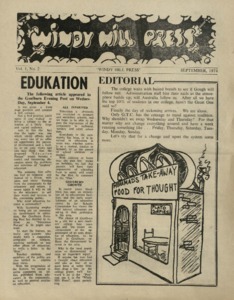 The Windy Hill Press was a publication created at the Goulburn Teachers' College, which transitioned into Goulburn College of Advanced Education in 1975.

Editorials, artwork, news articles, stories, cartoons, letters to the editor, and club reports fill the pages of this student newpaper, providing an interesting insight into student concerns and pastimes of the 1970s.

The Windy Hill Press was produced by the Student Representative Council.

Unfortunately not all copies are available of the newspaper are available. The ones that appear here were kindly donated to the Charles Sturt University Regional Archives by Roy Crotty. If you know the location of any more editions of the Windy Hill Press, we'd love to hear from you.

30 years of Hungappa: Student media on campus in Wagga 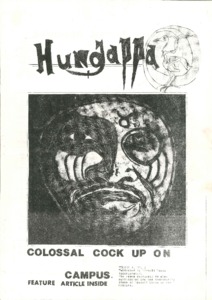 Student newspapers have a demonstrated engagement with radical thinking, dissent and political activism and are an important published record of historical discourses, contributing to a critically informed understanding of the society they were produced in, and also act to document life in a time and place often not captured in mainstreanm media.

In the never ending debate about media ownership and control in Australia, there has been surprisingly little mention of the students press. And yet the student press now represents one of the few large and relatively well resourced independent newspaper outlets left in Australia. (p.14)

The end of the eighties were an interesting period in Australia's history, and one where starting a 'new' student newspaper could be seen as a challenge. But the editors in 1989 - Chris Kinght, Rachel Crease, David Hearne and Jo-Anne Stratford - were wiling to take on the challenge of publishing Hungappa semi-weekly on-campus in Wagga Wagga.

This exhibition looks at a series of key themes that have emerged over the 30+ years that Hungappa has been in press - themes that emerge time after time, and that universities, students and society are still grappling with. 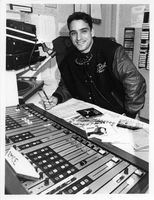 Charles Sturt University now has campuses and study centres spread from Brisbane to Melbourne, with students across the entire world, but it began with three foundation campuses in regional NSW in 1989.

More information about the beginnings of CSU can be found on our blog On Record.

The Albert 'Possum' Green Collection is a remarkable personal record of over 3000 photographic prints and negatives, most of which document Green's surroundings during his trips throughout the New South Wales Snowy Mountains region during the 1950s and 1960s.

Photography appears to have been a lasting passion with Green, with the entire collection dating from 1923 right up until less than a decade before his death in 1981. He arrived in Australia from England in 1924 and worked on properties in central Queensland before moving to the Tumut area in the 1930s.

He was meticulous in the documentation of his photographs. On the reverse side of each print Green wrote a description of the scene, the date, time, weather conditions and even the aperture of his camera.

We have selected a few of Green's photographs to display here. If you are interested in more information on Green and his collection, please contact CSU Regional Archives. 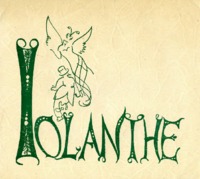 The students of the Wagga Wagga Teachers' College became quite well known in town for their frequent productions of Gilbert and Sullivan's comic operas. But there were also plenty of other productions throughout the years, each memorable in their own ways.

Through the links on the right, we have presented a gallery of programmes and photographs compiled from our collection of records from the Wagga Wagga Teachers' College. 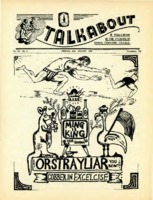 Talkabout started life as the student magazine of the Wagga Wagga Teachers' College. It was published at regular intervals every year between March and December and acted as a voice for the students, by the students. It was both a creative outlet and a place for reports on College events, whether extra-curricular, controversial or celebratory.

Following the closing of the College, the name was assumed by the WWTC Alumni Association for their newsletter. These Talkabouts from 1997 to the present are available online at CSU Alumni.

In February 2014, we revisited the 1954 Royal Tour from Wagga Wagga's perspective with an exhibition of material from both our own collection and the Museum of the Riverina. The exhibition included photographs, commemorative items, and a 15 minute film of the visit.

The front page of the Daily Advertiser on 14 February 1954 (a special Sunday souvenir edition) carried the headline, "Wagga's Greatest Day". The Editorial read:

Yesterday the Queen of Australia rode in triumph through the streets of Wagga. For 145 thrill-packed minutes, the centre of the Riverina became the heart of the mighty British Commonwealth.

Estimates vary as to the exact number of people who crammed Wagga's streets to catch a glimpse of the royal couple, but most range from between 80,000 to in excess of 100,000. This number becomes even more significant when one considers that the population of Wagga Wagga at the time was only 18,500 and that the temperature reached 92 degrees Fahrenheit on the day (the hottest of the entire 10 day royal tour).

Browse the Royal Tour Gallery to see for yourself just how many people turned up for that 145 minutes.

And if you would like to know more about Wagga's preparations for the Royal Tour and what happened on the day itself, there is more information to be found on our blog, On Record.