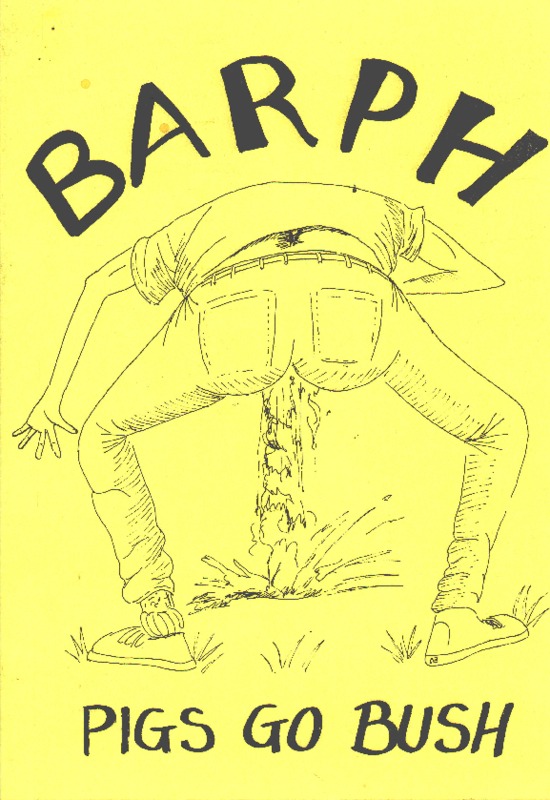 'Barph' is one of the student newspapers published by the Rivcoll Student Union Council at the Riverina College of Advanced Education, now Charles Sturt University. It is believed that the newspaper began its run in 1975 as a brief weekly newsletter, often only a few pages long. These issues generally included college announcements and advertisements, club and sport notices and details of the social events occurring in and around campus for the week, accompanied by the occasional editorial.

'Barph' continued to grow and evolve over the next decade. The newspaper became a much longer publication as the editors began to include more editorials and articles, often tackling the important social and political issues of their day. By the time 'Barph' ended its run in 1988, the publication was often 16 pages or longer and discussed such issues as the Graduation Tax, Aboriginal rights and gender equality. Despite this, the newspaper never lost its original purpose in providing students with information relating to college life and social events. In 1989, 'Barph' was replaced by the student magazine ‘Hungappa’, which continues to be published at Charles Sturt University today.