'Talkabout' - the student magazine of WWTC 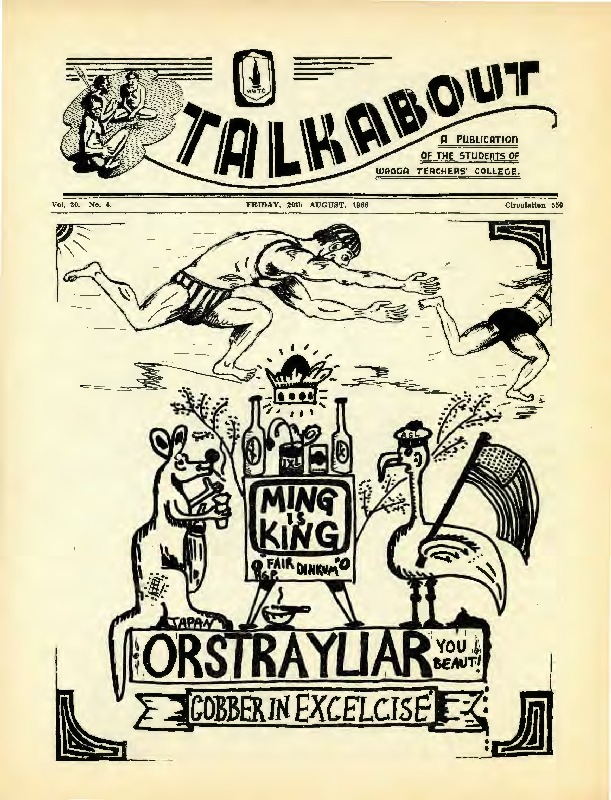 Talkabout started life as the student magazine of the Wagga Wagga Teachers' College.

It was published at regular intervals every year between March and December and acted as a voice for the students, by the students, as both a creative outlet and a place for reports on College events, whether extra-curricular, controversial or celebratory.

The first issue was released just three months after the formation of the College. The Editor hoped that the magazine would, “provide a medium for expression of opinion and criticism within the College...” The SRC President was of a similar opinion: “Talkabout will be a means for the student to air his views and should lead him to realise that he is a part of a democratic college community.”

Those copies of the magazine that are held at the CSU Regional Archives have been now been digitised, thanks to funding by the WWTC Alumni Association, and are available to view via the Talkabout exhibit menu. We would love to hear from any ex-WWTC students who have copies of Talkabout that can fill in some of the gaps in our collection.

Following the closing of the College, the name of the magazine was assumed by the WWTC Alumni Association for their newsletter. These Talkabouts (from 1997 to the present) are available online at CSU Alumni.