From Fuses to Tennis Whites: Dunlop's Productive Past 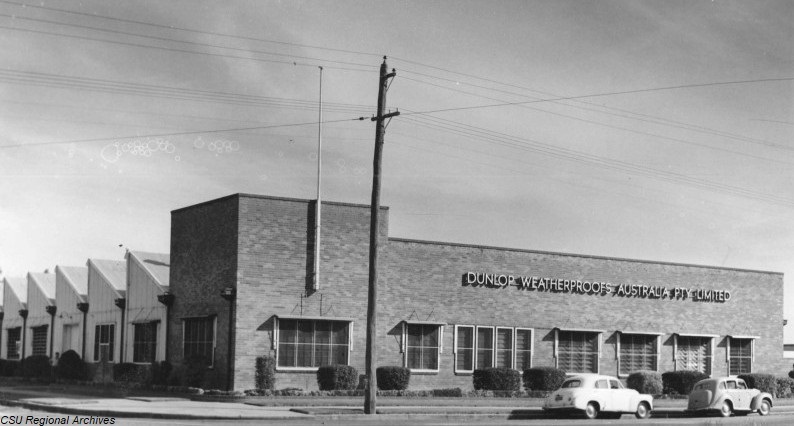 From the 1940's until the late 1970's, the Dunlop factory at the edge of the Wollundry Lagoon was a center for productivity in Wagga Wagga. It stood on the corner of Forsyth and Murray Streets and became a hub of employment for the region (especially of women), housing the largest single workforce in the town during its operation.

The factory initially opened as a fuse factory for the war effort in 1942. Dunlop Weatherproofs took over in 1944 and began to manufacture “Jungle Greens,” camouflage clothing for the Australian troops fighting in New Guinea. After the war, they expanded into industrial waterproof and safety garments, fashionable men’s and women’s raincoats and sports clothing, including the ‘whites’ for the Davis Cup tennis team!

See our blog post, Dunlop's Productive Past for more on their story.

← The Baths: the social centre of Wagga
Recreation on the River →
From Fuses to Tennis Whites: Dunlop's Productive Past