The Public Service of the Fife Family 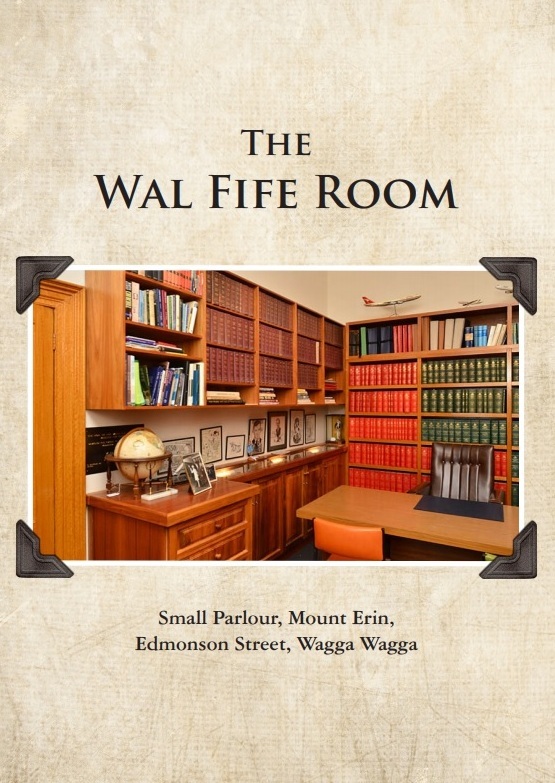 It was in 1957 that 28 year old Wallace Clyde Fife was elected to the State seat of Wagga Wagga in a by-election following the death of the very popular Eddie Graham. He stayed in politics for 36 years, holding portfolios at the state and federal level in education, mining, business, transport and aviation.

Wal came from a family who were interested in public service. His own brother, Harold Fife (well known in Wagga for his lifetime's work with the RSL) was on the Wagga Wagga City Council between 1971 and 1991. Their father, Clyde Fife, was also on the Council from 1949 until 1971. Added together, the Fife family can count almost 80 years of public service to Wagga Wagga.

Before his death in 2017, Wal Fife donated the contents of his home office to the Catholic Diocese of Wagga Wagga who have re-created that office at Mount Erin. The Wal Fife Room is available to the public to view and even utilise for research purposes.