The Baths: the social centre of Wagga 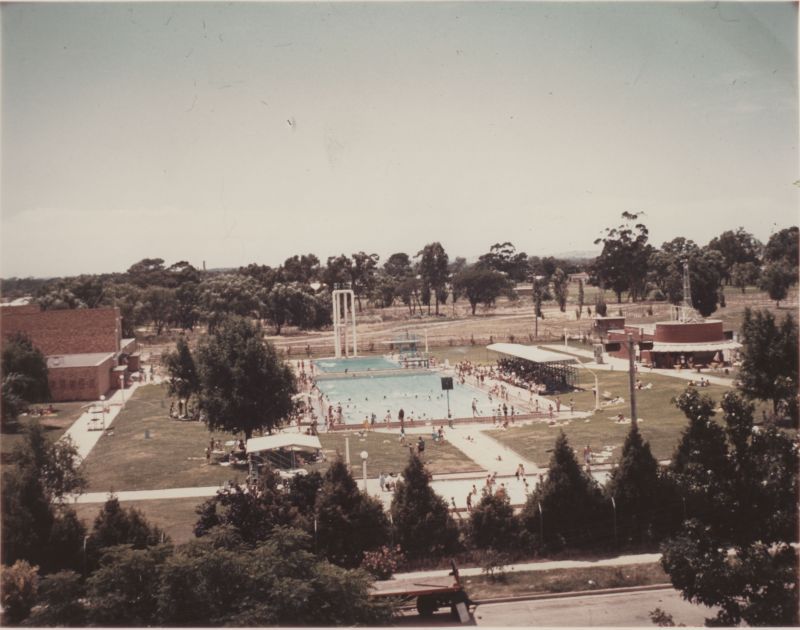 From its opening day on 28 November 1953, the Wagga Wagga City Baths were the social centre of Wagga during the long hot days of summer.

While it was a very long time in the making, the western end of Bolton Park, previously a cricket oval, was transformed into one of the busiest places in Wagga. In addition to the admin block and the kiosk, the City Baths started out with an olympic pool, a wading pool and a diving pool with its 1 metre and 3 metre diving boards.

The pièce de résistance was the massive Tower at the eastern end of the diving pool with its 5 metre and terrifyingly high 10 metre platforms.

← The Spanish Flu
From Fuses to Tennis Whites: Dunlop's Productive Past →
The Baths: the social centre of Wagga