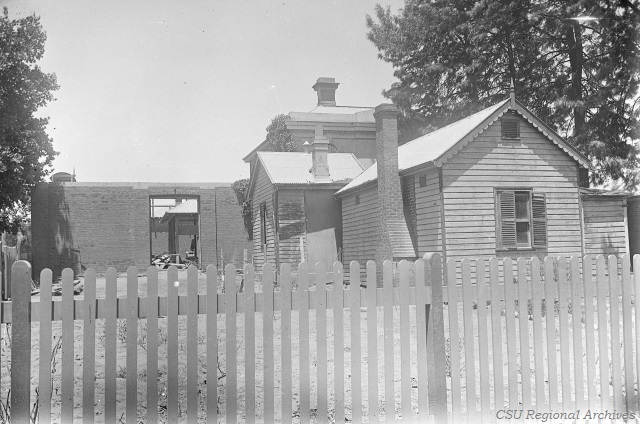 The Wagga Wagga Gaol was built in the 1860s by Charles Hardy's building company on the corner of Tarcutta and Little Gurwood Streets (behind the court house). Its position close to the court house was presumably a very convenient one for the officers of the court and gaol but the good citizens of Wagga were never pleased about its prime location in the centre of their little town.

The gaol housed everyone from inebriates to murderers; it saw floggings, escapes, fires, and even five hangings which took place between 1871 and 1889. By 1916, the building and grounds had fallen into a state of disrepair and was then demolished in 1919. The company awarded the demolition job was none other than C Hardy and Co., the very company who had built it sixty years earlier. They then erected a new police station on the site in 1927.

You can read more about the goings-on at Wagga's gaol in our blog post: Wagga's House of Correction.