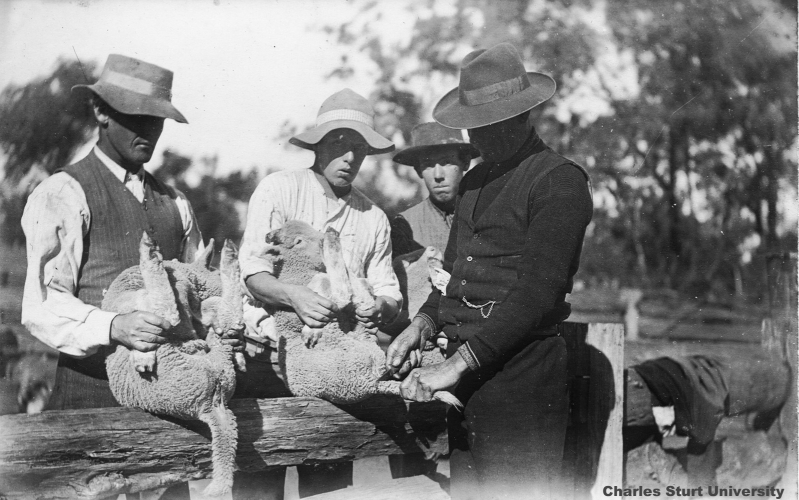 The Wagga Experiment Farm was established on the North Wagga Common in October 1892, making it the first experiment farm in New South Wales and the first of Charles Sturt University's precursor institutions. It was one of the places that William Farrer (the "Father of the Australian Wheat Industry") undertook his influential research into wheat varieties.

Orchards, vineyards, stables, laboratories, research plots, etc. were established in the first few years, then the first students arrived in October 1896. These students had to undertake the theoretical and practical sides of learning, often working on the farm throughout the whole day and then attending lectures at night.

It could be a tough life for the young men, especially if they had no prior experience of farming at all, as was often the case. However, after two years on the Farm, they would have the knowledge and experience to start their own farm anywhere in Australia. Others moved higher into academia at Hawkesbury Agricultural College and went on to great things in agricultural departments and businesses, influencing the growth of Australia's agricultural industry in the 20th Century.

← The Public Service of the Fife Family
Experimental Times at Wagga